The US - China is unlikely to have a financial war

The two largest economies in the world only confront small moves because a comprehensive financial war will cost them both.

As relations between Beijing and Washington continue to deteriorate, there is concern that the United States will start a comprehensive war to limit China's access to US and global financial markets.

Despite some initial moves to restrict China's access to the US capital market, analysts still believe a comprehensive financial war is unlikely because it will cost the two countries a loss. equally harmful.

Scott Kennedy, China expert at Center for Strategic and International Studies (Washington), argues that the two countries are not on the brink of financial warfare, because of a $ 4,000 billion financial relationship, and photo moves. This relationship influence has just begun to ignite.

Ding Shuang, Chief Economist of China at Standard Chartered, agrees. According to the expert, the current tensions are more like smaller encounters than wars.

However, if the United States turned to penalize Chinese banks in retaliation for Beijing's imposition of a new security law on Hong Kong, China could retaliate by sanctioning American companies operating in the country. According to Ding, this will be a win-win situation. 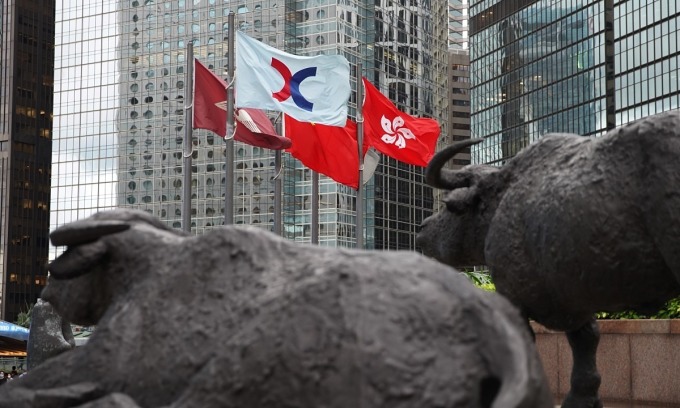 An outside corner of the Hong Kong Stock Exchange. Photo: SCMP

In early May, US President Donald Trump issued a ban on the government's main pension fund from investing in Chinese stocks, claiming it concealed information about the extent of Covid-19 and violations of human rights. in Xinjiang. However, other private pension funds do not listen to Trump. Government funds only hold $ 557 billion out of a total of $ 22,400 billion in assets of all US pension funds.

By the end of May, the US Senate passed a bill requiring Chinese companies listed on US stock exchanges to comply with US financial audit standards. Accordingly, companies must fully state ownership stakes and whether senior leaders are members of the Chinese Communist Party. The bill must be passed by the House of Representatives and signed by Trump to become law.

Chinese companies listed in the United States must comply with less stringent disclosure requirements than U.S. companies, which could give them a competitive advantage if they receive major funding or subsidies. China, the U.S.-China Economic and Security Review Commission said in its 2019 annual report.

As of September 2019, 172 Chinese companies were listed on the US stock exchanges, with a total capitalization of over US $ 1,000 billion. Ding Shuang experts forecast the number of companies listed in the US listed in Hong Kong will increase. "Few companies will look to list in the US if the bill becomes law," he said.

NetEase, an internet services company and listing game Nasdaq, are now listed on Hong Kong. JD.com, Pinduoduo also consider this. Zhu Ning, a finance professor and vice rector at Shanghai Jiaotong University's School of Finance, predicts that China will likely increase the demand for domestic companies to disclose their finances wherever they are listed. capital market capitalization. It could also further develop the corporate bond market to provide more channels for companies losing access to US capital markets.

Instead of being tough, Beijing has been working hard to please US financial companies by giving them full control of Chinese ventures. This is also part of the first US-China trade agreement, with the agreement of opening the Chinese financial market.

Goldman Sachs and Morgan Stanley received permission from Beijing in March 2020 to receive a majority stake in local securities joint ventures, as Beijing signaled it would expand its domestic financial market for foreign company.

The Chinese government has also lifted the limit on foreign institutional investors eligible to buy domestic stocks and bonds. At least in theory, foreigners can now invest as much as they like in Chinese stocks. 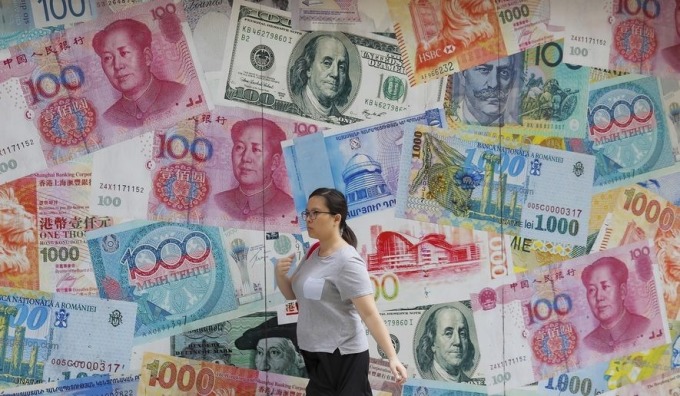 A woman walks through a foreign currency exchange shop in Hong Kong on August 6, 2019. Photo: AP

So far, questions have been raised about how China will continue to access international capital markets, after Trump announced that he would impose sanctions if Beijing imposed a new security law on Hong Kong. .

At the same time, there is an open question as to how far the US will go on the financial front, although many analysts think the US will not impose sanctions that could affect talented companies. America is doing business in Hong Kong.

Last month, two US lawmakers introduced a sanctions bill for Chinese officials and banks doing business with entities deemed to violate Hong Kong's Basic Law, a "small constitution". "is agreed upon between the United Kingdom and China when transferring the special zone. However, to date, Trump has not mentioned anything more about the details of sanctions related to the Hong Kong case.

Diana Choyleva, chief economist at Enodo Economics, said the US has a "nuclear weapons" option to block Chinese banks from the US dollar clearing system. However, Mr. Zhu Ning said, this option would be very dangerous by hurting both.

"China may suffer more damage globally, but the US must remember that its domestic production and consumption will also be significantly affected," Zhu said.

Yu Yongding, a senior fellow at the Chinese Academy of Social Sciences, said China will launch strong retaliation with any sanctions but will never take the initiative. public finance. In addition, financial separation between the United States and China seems unlikely at this stage, although some US senators have called for it.

"The financial relationship between the US and China will change once the environment changes, which we have been talking about for a long time. China does not turn heads but will have a series of countermeasures if the situation is bad. go, "said Yu Yongding, who is also a former adviser to the People's Bank of China.