Analysts fear Chinese security laws and a tough reaction from the US will spark a wave of capital withdrawal from Hong Kong.

Hong Kong's economy has been in recession since last year, due to anti-extradition protests. In January of this year, Covid-19 broke out again. Therefore, people are increasingly worried that recent political developments will cause investors, large companies or foreign workers to massively transfer money from one of the world's largest financial centers.

China has passed the construction of Hong Kong security laws. US Secretary of State Mike Pompeo earlier said that Hong Kong is no longer considered autonomy, raising the risk of US deprivation of its special trade status. "The Hong Kong International Financial Center is built on the basis of the large number of foreign talents who come here to work," said Kevin Lai, chief economist of Asia at Daiwa Capital Markets. will leave and bring money ".

Many foreign investors and business leaders are waiting for details of China's new security laws and the US response, to assess how this affects Hong Kong. Another major concern is whether political instability will flare up again after quiet months. In recent days, protesters have clashed with Hong Kong police in central shopping streets, due to Chinese security laws. 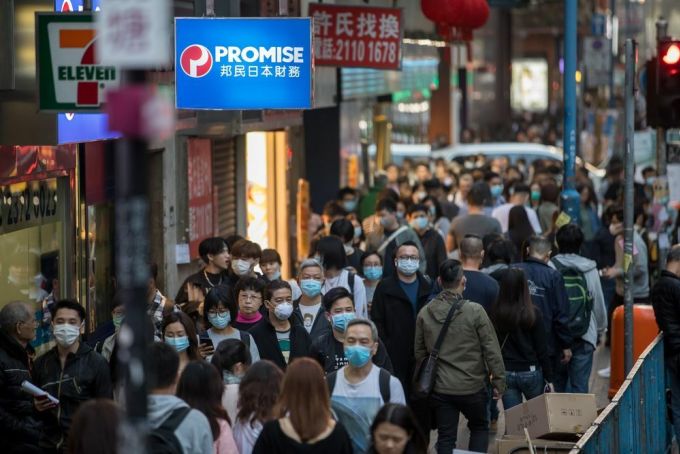 US President Donald Trump is considering a series of sanctions against China for Hong Kong. They have a range of options from visa restrictions, blockade of Chinese officials' assets to imposing import duties on goods from Hong Kong.

However, so far there are few signs that capital flows are massively leaving Hong Kong. This is one measure of pressure on the financial system. This did not take place during last year's Hong Kong social unrest. The Hong Kong Monetary Authority (HKMA) this week also said it had not noticed a large inflow of capital out of Hong Kong dollars or the banking system.

Hong Kong does not control capital as tightly as China does, but allows currencies to flow freely. The city has seen a rush of capital outflows several times, such as during the global financial crisis, the SARS epidemic and when the US Federal Reserve (Fed) raised interest rates.

Teresa Kong, portfolio manager at Matthews Asia, says that this depends a lot on how security laws are implemented. If aggressively, the capital withdrawal will occur.

At present, Hong Kong's role as capital, favorable business environment and highly qualified labor force are very strong factors that China must consider. More and more Chinese companies are also choosing to list here instead of the US.

However, no one measures the exact amount of capital to and from Hong Kong. Trends in money, stock, and real estate markets may also be distorted by other factors. Instead, analysts rely on many metrics to make this decision.

The change in liquidity in the interbank market is the most visible indicator of pressure on capital flows. HKMA's recent intervention to maintain the anchor exchange rate between Hong Kong dollars and US dollars is also useful information.

The fast withdrawal of money or the return of investment cash flows will deplete confidence in this economy. However, so far, there are very few signs this is happening. Daiwa figures show that capital flows from Hong Kong in February and March were modest.

Weak Hong Kong dollars also reflect capital outflows. However, this figure is not very useful, because HKD has been anchored in USD since 1983.

In the stock market, when Beijing made a security law proposal on May 22, MSCI Hong Kong index dropped by 6.9%. This is the largest reduction since October 2008.

Hong Kong officials, such as financial leader Paul Chan, are still alleviating concerns that China's move threatens the financial industry there. However, many business organizations have expressed concern about the "ambiguity" of the law.

Others warn that the line between political tensions and business freedom is blurring. Tianlei Huang, a researcher at the Peterson Institute of International Economics, said recent developments could spark companies to leave Hong Kong, bringing capital and labor. "Trust is a very fragile thing," he concluded.