Your gaming computer supports VR, super-smooth 3D processing, in short, it's very fast, and you're extremely proud of it, right? But that's just a normal computer, why? Because it cannot simulate the entire universe for millions of years, it cannot guarantee the safety and reliability of nuclear weapons or shed light on the cause of summer storms in Europe.

"So that's how it is, that's the job of supercomputers." Yes, you think that's right, that's exactly what a supercomputer does. And today we're going to talk about supercomputers, taking a look at the top 10 fastest supercomputers in the world today (as of June 2019).

What is a supercomputer?

Supercomputers or supercomputers are High Performance Computers (HPCs) - high-performance computers, with superior computing power, far beyond what you might think. They "plow" hard at the universities, laboratories and other large, important institutions around the world. Supercomputers play an important role in the field of computational science, and are used for a variety of complex computational tasks in many fields, including quantum mechanics, weather forecasting, and research. climate studies, petroleum exploration, molecular modeling (calculating structures and properties of chemical compounds, biological macromolecules, polymers, crystals), and physical simulations (such as simulating the early moments of the universe, aerodynamics of aircraft, spacecraft, the explosion of nuclear weapons, nuclear fusion). Throughout its history, supercomputers have proven an important role in cryptanalysis.

The speed of the supercomputers in this list is also calculated by petaflop, a petaflop is equivalent to 10 ^ 15 (10 million billion) calculations / second, you just slowly multiply offline.

Twice a year, the TOP500 project will rank the world's supercomputers in terms of computing capacity using the Linpack standard. The list mentioned in this article is launched in June 2019.

China has the most systems on this list and the US has captured 5 out of 10 names. Lenovo topped the list of manufacturers on the list, with 173 systems made by Chinese companies. Intel chips appear in 95.6% of the systems in the list. Only one new system entered the top 10 and nine other systems appeared somewhere among the 500 in the previous rankings. This is the top 10 from low to high. 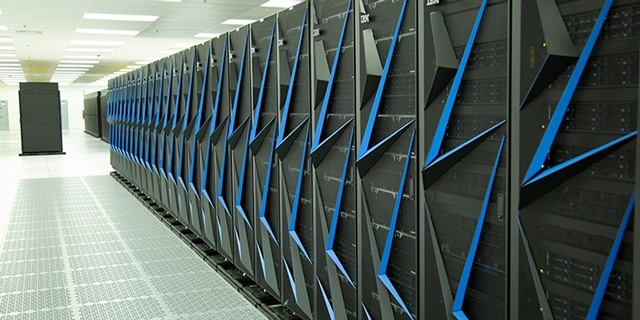 Lassen is the unclassified version of the Sierra, its classified sister machine at Lawrence Livermore National Laboratory. Although slower than other brethren, only 18.2 petaflops, this is still an improvement over the maximum speed measured last fall, which is 15.4 petaflop. It has IBM Power9 / NVIDIA V100 GPO architecture. MUC-NG entered the top 10 supercomputers last fall at eighth place. It was built by Lenovo for the Leibniz Supercomputing Center in Germany, including an Intel Platinum Xeon processor and an Omni-Path connection. This is the most powerful supercomputer powered solely by x86 processors and can yield an HPL of 19.5 petaflop. Installed at the National Institute of Advanced Science and Technology in Japan, AI Bridging Cloud Infrastructure (ABCI) decreased from seventh to eighth. This is an energy-saving machine made by Fujitsu using the Primergy CX2550 server, equipped with Xeon Gold processor and Nvidia Testa V100 GPU. It is capable of handling 19.9 petaflop and boasts 12.05 gigaflop / watt power efficiency. 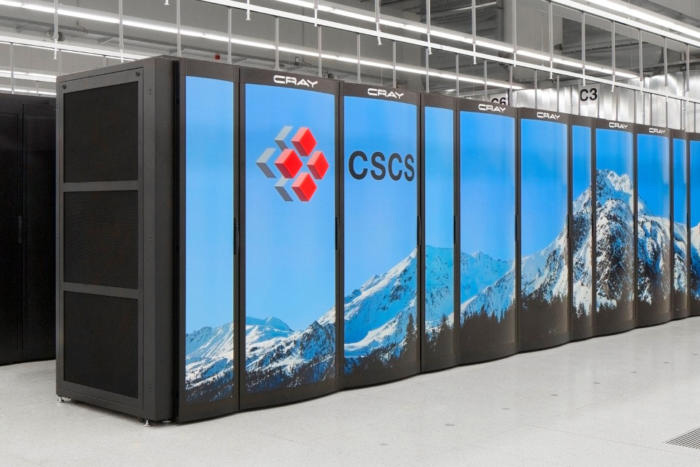 Falling one place from number five to number six was Piz Daint. So far, this computer has increased from position 114 or more since 2012. It has a Cray XC50 system installed at the Swiss National Supercomputer Center (CSCS) in Lugano, Switzerland, equipped with Intel Xeon CPU and NVIDIA Testa P100 GPU. Piz Daint remains the strongest system in Europe with a performance of 21.2 petaflop. 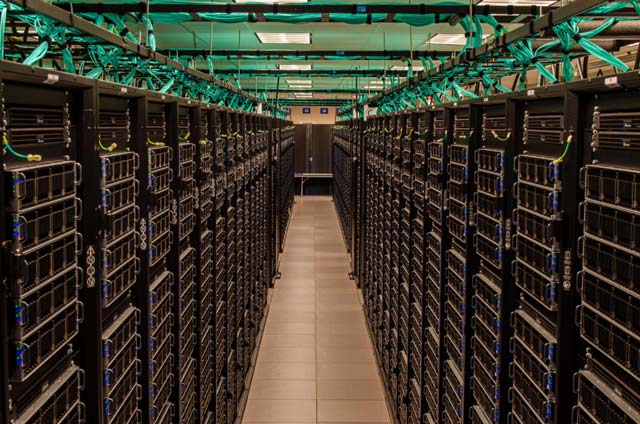 Frontera is the only new supercomputer in the top 10, jumping into fifth place. This is the Dell C6420 system, powered by the Intel Xeon Platinum 8280 processor and installed at the Texas Advanced Computer Center of the University of Texas, Austin. Its highest performance is 23.5 petaflop on HPL. 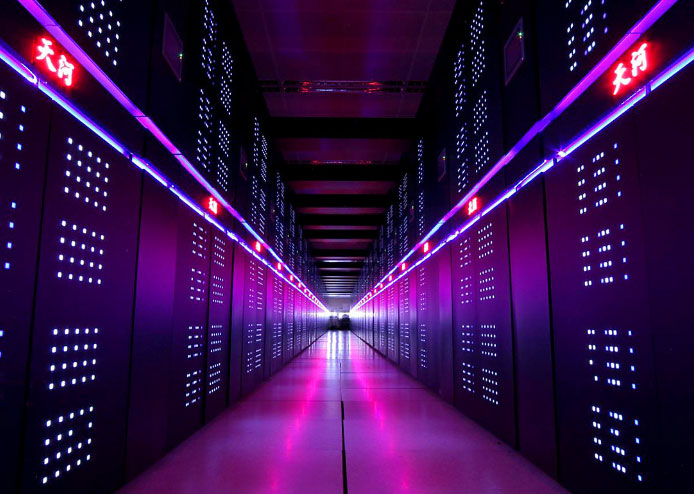 The Tianhe-2A system, developed by China's National Defense Technology University and deployed at the National Supercomputing Center in Guangzhou, China, maintains its rank 4. It is powered by Intel Xeon E5-2692v2 and Matrix-2000 processors with nearly 5 million cores. Its maximum performance is 61.4 petaflop like before and its energy efficiency is 3,325 gigaflops / watt. 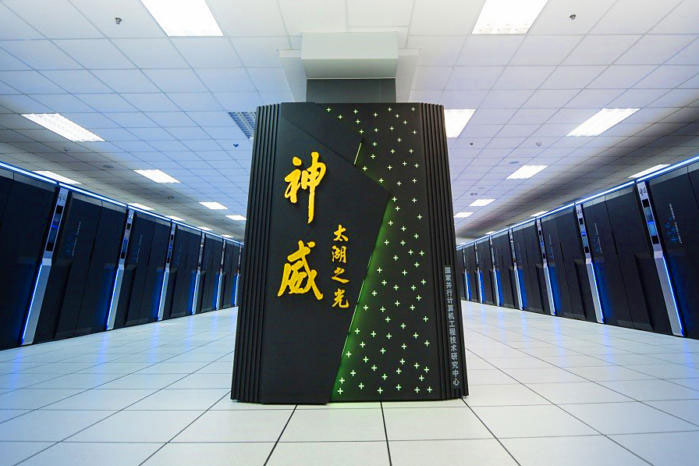 Sunway TaihuLight had two years at No. 1, but was pushed down to No. 2 in June and is now in third place. It was installed at China's National Supercomputer Center in Wuxi. Has an HPL performance of 93 petaflop. It's worth noting that this supercomputer doesn't use any acceleration chips, instead relying on a 40,960 Sunway 26010 processor, each with 260 cores. Its energy efficiency is 6,051 gigaflops / watt. Sierra, built by IBM for the Lawrence Livermore National Laboratory in California. Sierra is still second in the TOP500 list. It has 1,572,480 cores provided by the IBM Power9 processor and is enhanced by the Nvidia Volta GV100 accelerator, adding 1,382,400 cores. Its performance remained unchanged from six months ago at 94.6 petaflop. 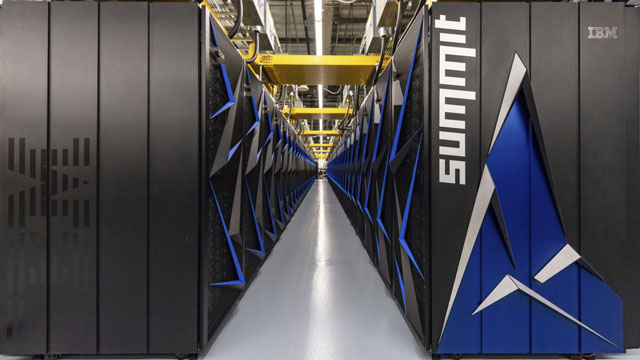 Summit has made its third appearance at the top of the list of the Top 500 supercomputers. This time, it offers 148.6 petaflop, up from 143.5 petaflop in the fall of last year. This supercomputer was built for the Oak Ridge National Laboratory of the US Department of Energy with 2,282,544 IBM Power9 cores and 2,090,880 Nvidia Volta GV100 cores. Summit has the highest theoretical performance of 187.66 petaflops and maintains an energy efficiency of 11,324 gigaflops / watt.

The world's largest virtual universe was created by China's supercomputer
The top two positions belong to the US, the fastest one has a calculation speed nearly 2 times the 2nd one, which is admirable. Let's wait and see if there are supercomputers that can surpass this computing speed of 187.66 petaflop in the future.